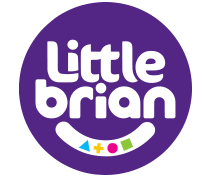 You may have heard the rumours and we’re pleased to say that they’re true! We are exhibiting at the 2017 London Toy Show being held in Olympia!

It will be our first time at this show and we will be exhibiting next to a range of well-known brands including Playmobil, Lego and Tomy so to say we’re excited is an understatement!

This is a very well-known event for the toy industry and is a great platform for us to reach out to buyers, suppliers and the press and tell them all about how Little Brian is taking the industry by storm; especially after winning three awards within six weeks!

Our sales director, Lara, said: “The London Toy Fair is a very important date in the industry’s calendar and the perfect platform for us to reveal our strength in the market as well as pitch ourselves as a leading toy brand amongst some of the big players within the industry.

“We’re extremely proud of our Paint Sticks products which are perfect for children to play with and have fun as well as aid their creativity and dexterity, which both play an essential part in their overall development.”

We’ll keep you updated with how we get on at the show and keep an eye on our Twitter and Facebook pages; @LittleBrianArt, /LittleBrianArt for all of the pictures from the three day event which takes place from 24th January!

Well, we’re back in the office after a wonderful Christmas break and the back end of 2016 saw us receive some more great news, we won our THIRD award!

Yes, that’s right, our Classic Paint Sticks are three time award winners! But we must say, this one was a little bit special…

We fought off tough competition from worldwide brand Crayola to be named the winners of the Painting and Colouring Materials category for four to seven year olds at the Creative Play Awards!

It was a lengthy process and following our nomination, all products which entered the category underwent weeks of intensive testing by independent testers, who were mainly childcare professionals.

Testers looked for a number of things to meet the criteria including value for money, age appropriate and enjoyment factor. Then following the tests, we received the results and were announced as the winners and we were absolutely delighted!

Our very own sales director Lara has high hopes for 2017 and admits 2016 is one the company will never forget.

She said: “2017 is going to be hard to beat after such an impressive first year but we’re determined to keep going from strength-to-strength. We have a product that is certainly on the up and we want to take it to the next level.

“The year 2016 has been one to remember. The latest award win was our biggest achievement to date and we’re extremely proud of the success, not only to be named ahead of Crayola but to be able to prove that our products really are perfect for children.”